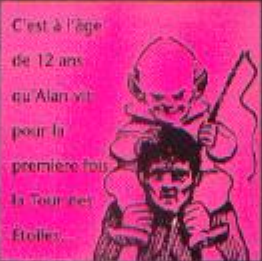 The Silk and the Song
The Hussirs are a small race of humanoids from an unknown planet.

The Hussirs are only about half the size of Humans, with big heads and large pointed ears sticking straight out on each side, with thin legs and thick tails that help balance themselves. Though smaller than Humans a single male is strong enough to overpower a Human female. Hussir language is mostly composed of whistling, but they are capable enough to speak Human languages.

The Hussirs are a feudalistic race, living in various castle keeps that depend on trade with the major cities. Their technology level is around the Neolithic Age, as they mostly use polished wood blocks for their architecture with stone being the highest prestige material.

Most of their technological advancements were due in thanks to the Human descendants that their ancestors captured. From them they learned to make glass and writing.

Despite humanity's greater size and strength, the Hussirs were thorough in their subjugation. Millenia of enslavement made the Humans totally dependent on their masters and lose most of their history. To maintain their power over their Humans, the Hussirs used fear to keep their Human herds in check. They began to spread lies that the Wild Humans that lived free were cannibals to dissuade escape. Their propaganda was successful as all the town Humans that lived in Falklyn stayed loyal towards the Hussirs and turned on their Wild Human brothers and sisters.

They deprived the Humans of every basic right as sapient beings. They strictly forbade Humans from wearing clothes to maintain them as beasts, though town Humans were given more liberties as they lived closer to their masters. They were given privileges such as being allowed in homes, time off and permitted to wear patches of cloth. Hussirs from the castles frowned upon this as they believed putting clothing on Humans might get their slaves the idea they're Hussirs. In addition the Hussirs worked hard to suppress their culture, whipping those that dared sing their ancient songs, due to it being a symbol of hope for humanity's freedom. In addition the Star Tower that was situated in Fralkyn, the Hussirs capital, was expressly forbidden to all Humans. The only times they were allowed was at the perimeter of the park that surrounded either when they had time off or where chained outside by their riders.

Males were used as steeds as transportation and labor. Females were used as breeders and dairy producers. Humans were taught the Hussir language, but it was forbidden for them to use the tongue, unless to reply to direct questions. When both genders failed their assigned roles, they were butchered for meat.

The Hussirs also pressured and rigidly enforced mating seasons unto the Humans, segregating the genders, preventing formal family relationships, for there were no social traditions behind people who for generations had been nothing more than domestic animals. Town Humans however were able to ignore some restrictions and allowed leniency and mingle with other genders during mating season.

Thousands of years ago a rocket ship from Earth landed on the Hussir homeworld containing a dozen or more men and women.

Historical records are uncertain, but according to the traditional teachings of the Refuge, the Human settlers befriended the primitive Hussirs, who saw their powers to be great and strange. The Humans gave them technological wonders such as glass and writing.

Rather than being grateful to the Humans, the Hussirs saw a potential use to exploit these creatures from the stars. The Hussirs overwhelmed the explorers through sheer numbers. The little aliens stripped the Humans of their clothes and technology, enslaving them, capturing the rocket ship which they named the Star Tower.

Three of the party managed to escape into the mountains and created the Haven or later the Haafin, a resistance group of Humans that desired to take back the Star Tower and send for help.

From men to beasts[edit | edit source]

The descendants of Human settlers have since then been reduced to beasts of burden and livestock, their numbers bred exponentially by the native Hussir.

Legends still persist of their greatness, however they are considered to be just stories by the enslaved Humans. Except for a small band living wild, who have a couple of ancient artifacts and nursery rhymes linking them to a more glorious past, a past to which the Star Tower stands mute testament in the Hussir capital city of Falklyn.

A young boy named Alan risked all to flee his owner, and was able to make his way into the Haafin. Alan planned a assault on Falklyn with the intents of freeing his fellow Humans, as the city only number ten thousand while forty thousand Humans existed in the city.

The Hussirs had the advantage unfortunately, their lies of the Wild Humans won over the hearts of the city Humans would turned on their fellows. Luckily the Wild Humans stripped themselves of their clothes and vanished into the crowd of City Humans. Alan and Mara managed to safely infiltrate into the heart of Falklyn, where the Star Tower was located, after overpowering the guards, they entered the vessel, sealing the door from the inside.

Using the ancient nursery rhyme they were able to proceed with the launch sequence and enter suspended animation for a return journey to Earth. What occurred next is speculation, but it is likely that the pair will reach Earth and the Hussir age of dominating the Humans on their world will come to an end once help from Earth arrives.

Retrieved from "https://aliens.fandom.com/wiki/Hussir?oldid=185311"
Community content is available under CC-BY-SA unless otherwise noted.