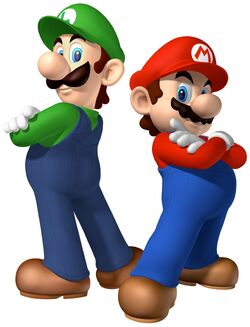 Most likely the same as Homo sapiens

Shigeru Miyamoto
Homo nintendonus is a species of Humanoids which can be found in the Mushroom World.  They appear to be the most predominate human species, since they are more common than Homo sapiens of the Mushroom World, although strangely all the historical figures are still Homo sapiens.

The Homo nintendonus are not too far off from Humans, though the most notable distinction is their cartoon-like appearance and nature. They're able to survive after falling from heights that would normally be fatal (with the exception of cases where they experience fall damage) and break bricks with their fists, but at the same time are damaged by goombas charging at them at a normal running speed. Their lung capacity is also a bit inconsistent, as there are cases where they can hold their breath indefinitely and ones where they have to come up for air, the reason for this is unknown. They also share a symbiotic relationship with a species of sapient dinosaurs known as "Yoshis", who they ride like horses.

They are ruled over by various monarchs of different regions: Princess Peach and her father King Toadstool of the Mushroom Kingdom, Princess Daisy of Sarasaland, Queen Merelda of the Shake Dimension, and so on. They also live along side a mushroom headed race of humanoids called "toads". 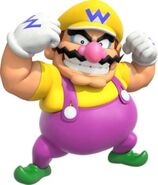 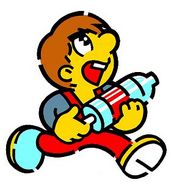 Queen Merelda
Add a photo to this gallery

Retrieved from "https://aliens.fandom.com/wiki/Homo_nintendonus?oldid=189448"
Community content is available under CC-BY-SA unless otherwise noted.