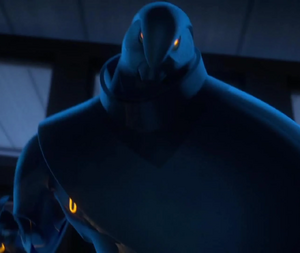 Grey (as a human)

Little to nothing is known about her other than she was a large humanoid bluebird-like alien of an unknown species and bounty huntress hired by General Val Morando to hunt down Aja and Krel Tarron. She disguised herself as a Human named Bertha Flanagan after arriving on Earth but was vaporized by Varvatos Vex.

Retrieved from "https://aliens.fandom.com/wiki/Halcon?oldid=183043"
Community content is available under CC-BY-SA unless otherwise noted.