Not to be confused with the giant humanoid species from Fraggle Rock. 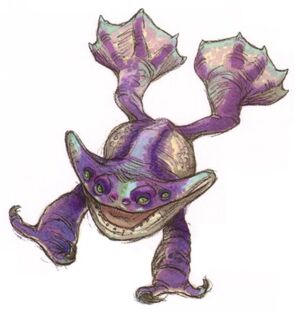 Star Wars
Gorgs, a.k.a. Chubas, are a non-sapient species of small, amphibianoid quadrupeds native to the desert world of Tatooine. There exist multiple varieties of Gorgs, some with long tails, some with multiple eyes, and even a mutated variety with wings. They're notably considered a delicacy by the Hutts.
Retrieved from "https://aliens.fandom.com/wiki/Gorg?oldid=163556"
Community content is available under CC-BY-SA unless otherwise noted.