The Furons are highly advanced, Grey-like extraterrestrials whom originate from the planet Furon within the Proxima Centauri system. The Furons have conquered over five thousand planets, and in the past, have exterminated many alien species. Unfortunately, the use of unregulated atomic weaponry in the Martian War (as the Furons used their technology for not only science, but also for war) activated a fatal mutation in the Furon's bio-structure, rendering their entire species sterile. Thanks in whole to a complete and utter lack of genitalia, the Furons were no longer able to reproduce, and so instead were forced to make due with their advanced biotechnological prowess by cloning themselves repeatedly each time they perish. This cloning procedure rendered each and every Furon basically immortal, as their memories and personalities were somehow transferred into each new clone body.

Being a warlike species, their technology in this area is extremely deadly. At the same time, however, their scientific nature seems not quite as prominent, and their cloning procedures are in fact somewhat flawed. With each new clone produced, errors begin to appear in the genetic material, which may lead to unpredictable results. The only way to stop this is with the infusion of uncorrupted Furon DNA, for without it, they will clone themselves into extinction. One known possessor of this quality is the Human race, whom the Furons had sexual relations with early on in humanity's existence, directly after the Furon Empire eradicated the Blisk people. This DNA can be found within the Human brain stem, and so the Furons have taken it upon themselves to forcefully extract it.

Furons are distinct humanoid lifeforms, standing at 3 ft tall (91.44 cm) with blue-grey skin and large bald craniums. Furon males possess more wrinkled skin, while females possess smoother skin, but both genders possessing reflective eyes with no true color. Males also possess lighter circles on the side of their heads while females lack these circles. They possess a pair of arms and legs while possessing hands with 3 fingers and a thumb with the same foot size as their hand. Furons are physically weaker to other species, so being smacked into a wall will cause them to be reduced to paste. Because of their planet's scarce source of water, Furons are incapable of swimming and are capable of living for up to 500 years.

The Furons, despite their very weak physique, possess an intellect that surpasses that of Humans tenfold. It's also said they do not need sleep. They possess advanced psychokinetic powers as well, mostly through centuries of genetic augmentation of their own genome. Through years of constant use of nuclear weapons however altered the Furons DNA, causing them to lose their reproductive organs in the process, but through their cloning technology and harvesting of Furon DNA from Humans, regained such organs. Despite their xenophobic beliefs, Furon reproductive organs are compatible with the likes of Humans, as demonstrated when Crypto mated with a clone of Natalya Ivanova.

The Furons are a war-like species with xenophobic ideals and care very little if they wipe out entire civilizations, enslaving them and even of course using them for amusement. They mostly prize the Furon DNA of Humans and nothing more. They see comedians as pointless, but action films are extremely popular amongst their species. Their society is usually broken up into various different ranks regardless of little difference in genetic makeup such as leaders, soldiers, scientists, etc. Though cloning is a major part of their everyday life, Furons see those who are less cloned as their elders. Names of the Furons usually are based around actual diseases and parasites. They appear to have a monotheistic religion, worshiping the god named Arkvoodle, Lord of the Sacred Crotch.

Furons possess advanced and dangerous technological advancements, which enable them to take on more inferior foes with great ease. They are masters of nuclear weaponry, which was unmatched by all other species, though it is due to their constant use of such weapons that led them into the predicament of losing their reproductive organs and leaving them little choice but to clone themselves. Since cloning has become a major factor of life for the Furons, they are able to create new versions of themselves, but their technology causes degradation with each clone they manufacture. Their cloning tech also enables them to duplicate those of other species, such as Humans, but the clones usually have a lifespan of 4 years maximum.

They possess advanced armaments, using forces they have mastered such as plasma, black holes, electricity, ions, meteor showers and even probing devices. They possess advanced space craft, armed with the most advanced in Furon technology, such as motherships and saucers. Saucers are packing weapons such as death rays, sonic boom, quantum deconstructors, anti-gravity field, electro-cone, seeker drones, plasma cannons and tornadotrons, with other functions such as the use of an abducto beam capable of transmogrification and even draining the energy from other vehicles. The ship is also outfitted with a cloaking device, enabling it invisibility in both the air and on the ground, as a means of keeping it hidden from those who would attempt to steal Furon tech. Their vessels are also armed with energy shields to protect them from a variety of different enemy weapons.

Soldiers of the Furon Empire are usually shown to be wielding such weapons and more, as their spacesuits are designed with a retractable space helmet for zero atmospheric conditions, which is a device on the back of the suit behind the head which generates a forcefield around the head. They are also issued a retractable jetpack for ascending to higher places, as well as for better maneuverability. Furon troops are also armed with forcefield generators, to further protect their bodies from damage. Their tech has enabled them to create actual zombies, which can infect other people and turn others into zombies as well. Their probing technology enables them to harvest the ancient Furon DNA from Humans, allowing them to create much better clones of themselves, this time with reproductive organs.

Cryptosporidium-136, 137, 138 and 139 or simply Crypto is a soldier serving the Furon Empire. He serves under Orthopox and his clones on a mission to harvest the ancient and uncorrupted Furon DNA from Humans on Earth. He loves causing mayhem and destruction for the people on Earth, possessing an ultra insatiable thirst for violence and a very witty and smart-mouthed attitude, which he uses with many he's come in contact with, such as Humans and even his superiors.

Despite his primary mission on Earth to harvest the Furon DNA in Humans, Crypto has had a number of different means of employment throughout his stay. He's been the President of the United States, a fast food entrepreneur and even a casino owner. Upon regaining his genetalia, he also found himself capable of reproduction and conceived a son named Blastomycosis with former Russian K.G.B operative Natalya Ivanova, who he cloned following his run-in with the Blisk.

Cryptosporidium's superior officer, Orthopox 13, Holopox and even 14 or simply Pox is a fleet commander, as well as scientist who gives orders to Crypto from the safety of the mothership orbiting Earth. While possessing a body, Pox usually is seen in a hover chair, but upon the mothership being destroyed by a Soviet missile, he transferred his consciousness into that of a Holopox, allowing him to survive the explosion. He remained as Holopox for sometime, until he was able to regain a new body from cloning, but was created via the wrong mold, giving him the body of a simian, but birthing his 14th incarnation. Following his rebirth, Pox would ascend to the throne of emperor following Crypto's dispatching of Emperor Meningitis.

While on Earth, Pox had created his own successful business called Big Willy's, which he had aid from Crypto to make successful. He would later go on to sell the business before working with Crypto as a casino manager. Pox fits the category of a mad scientist, possessing a bit of a sadistic streak in him, as well as a very bossy and prideful attitude, with the capability of sarcasm.

One, if not the oldest of Furons, Meningitis is the Emperor of the Furon Empire and superior to Orthopox and Cryptosporidium and former friend of The Master. During the time Crypto and Pox's mission on Earth, synthetic Furon DNA had been made, but because the two were not notified of this, they decided to head back home and investigate further. They blamed Meningitis for the production of the synthetic DNA when in actuality it was The Master. Despite this, Meningitis attempted to kill his subordinates, only to end up defeated in the process and then turned to dust due to his advanced age. His successor came in the form of Orthopox.

An exile living on Earth, The Master is an older and wise member of the Furon species. Over a century ago, he and the then-Prince Meningitis were both good friends, but imperial traitors looked to assassinate the Prince in order to usher in a new age of democracy to the Furon people. The Master stopped this assassination, but marked himself for death in the process and therefore, left his home and settled on Earth. During his time on Earth, he had found himself mastering a much more advanced degree of psychokinetic powers, as well as taking on a Human apprentice named Saxon, who went rogue and mad with power. He would later take on Cryptosporidium as an apprentice, teaching him to master his psychokinetic powers even further. He was also the creator of the synthetic Furon DNA, which Crypto blamed Meningitis and decided killed him rather than The Master. Crypto then killed him shortly after.

The Master is well versed in psychokinetic abilities, but also is a master in terms of martial arts. He is also the first and thus far only Furon with actual hair, both on his head and his face. He found the ways of the East aided him in mastering his psychokinetic powers further and remained off the coast of China where he trained many people.

The first and thus far only hybrid between Humans and Furons, Blastomycosis or Blasto is the only child of Cryptosporidium and his former lover, Natalya Ivanova. His birth was due to Crypto's tampering with the cloning chamber that resurrected Natalya and following their mating, she became pregnant with him. She also took an ion detonator and jetpack from Crypto following their split and gave it to Blasto. Though he wanted to know who his father was, Natalya told him, believing that he wanted to meet him, when in actuality he possessed a very vengeful streak which was due to Crypto abandoning him. Crypto believed him a hired goon sent by Natalya, but when they finally battled, Natalya finally was able to reveal to the unknowing Furon that he was indeed their child. With that, Nat begged Crypto not to kill him and as an act of mercy Crypto let him go, however before Blasto ran off, he left a bomb at the feet of his father, which didn't kill him, just knocked him back.

Blasto is significantly taller than his father, with brown hair, and blue eyes. Crypto stated that he has his mother's hair and when he spoke, he spoke with a high-pitched voice. 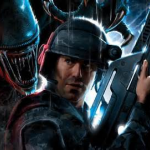 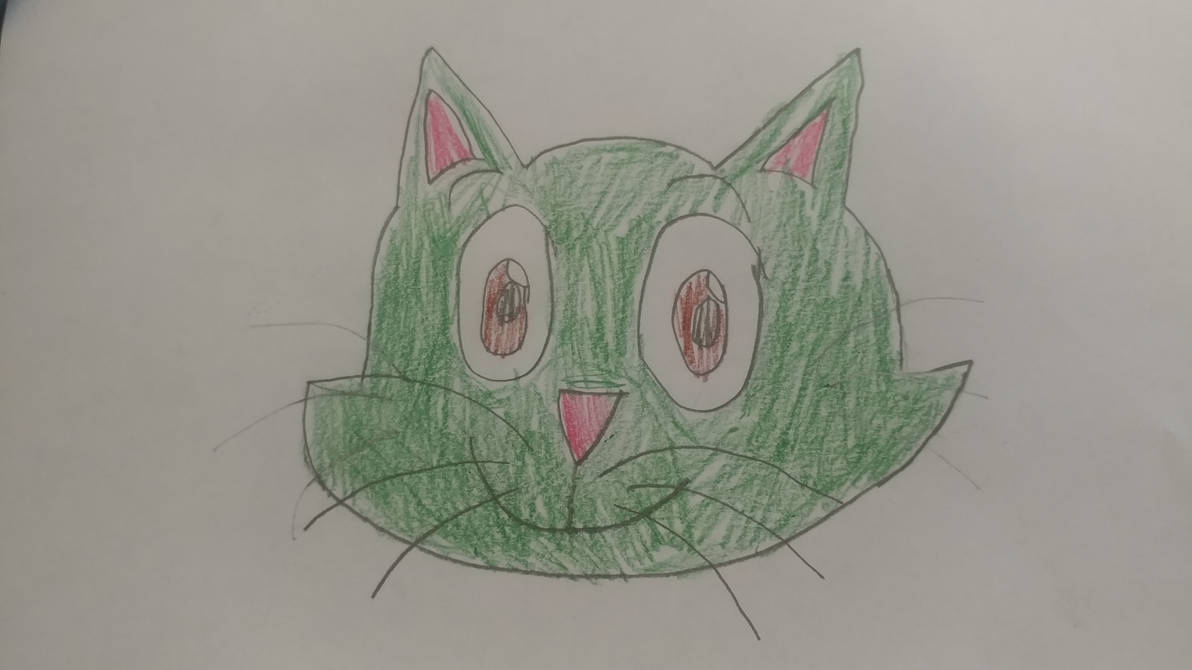