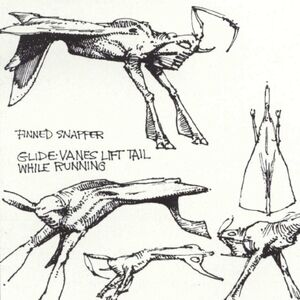 The Finned Snapper is a strange Darwinian predator which uses a special appendage on its back to capture its favorite prey: the flying Jetdarters. It's mostly found in the vicinity of the pocket-forests where Jetdarter hives build their nests.

Although it's a rather large creature (its hunting arm alone is about two meters in length), the Finned Snapper is very lightly-built and tremendously agile. It's also known to form small packs of usually six to eight individuals which hunt together.

Retrieved from "https://aliens.fandom.com/wiki/Finned_Snapper?oldid=171389"
Community content is available under CC-BY-SA unless otherwise noted.