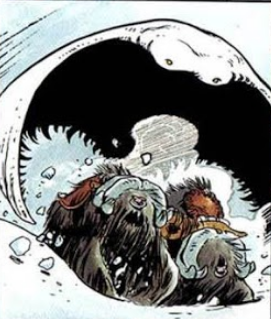 The Feshee is a arctic creature native to the northern mountains of Darshan on the planet Troy.

Feshees are manta-like creatures, that are lined with razor sharp teeth under its wings. Feshees prefer to attack their prey downhill, hiding under the snow until the time is right and spring up, with their fold opening allowing them to glide downwards and engulf their prey in a deathly embrace. Once they eat their prey, Feshees will take several hours to return to their launching point. When not gliding it can slide across the snow like a snake.

Retrieved from "https://aliens.fandom.com/wiki/Feshee?oldid=181761"
Community content is available under CC-BY-SA unless otherwise noted.