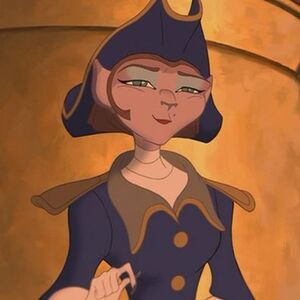 Felinids are a species of sapient humanoid felines and the female counterparts of the Canids.

Captain Amelia captained the spaceship RLS Legacy in an expedition to find and retrieve the lost treasure of ancient pirate Captain Flint, hid on the legendary Treasure Planet. The expedition was sponsored by the Canid astrophysicist Dr. Delbert Doppler, with whom she developed a romantic relationship and eventually married, having four children.

Retrieved from "https://aliens.fandom.com/wiki/Felinid?oldid=187890"
Community content is available under CC-BY-SA unless otherwise noted.