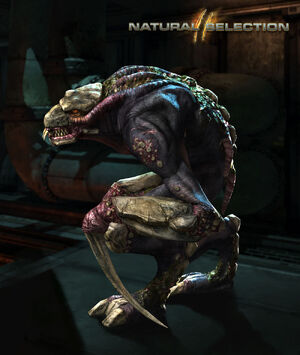 Fades are creatures that appear vaguely humanoid. Unlike other Kharaa, they're capable of walking on two legs, their arms ending in large mantis-like daggers used to cut open their prey.

Retrieved from "https://aliens.fandom.com/wiki/Fade?oldid=169506"
Community content is available under CC-BY-SA unless otherwise noted.