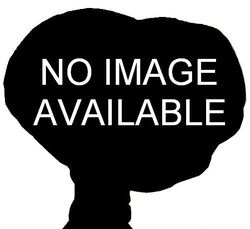 Curious and craving for exploration

Europans haven't been described in detail, although they are said to have "tendril"-like limbs.

Their primitive civilization (20,001 AD) only ever got the chance to thrive thanks to the Firstborn, who tweaked their habitat by collapsing the planet Jupiter into a dwarf star (2010 AD), later renamed by Humans as Lucifer; therefore melting the Europan ice and introducing conditions suitable for carbon-based life. By this act, the Firstborn sacrificed the basic silicon-based gaseous Jovian lifeforms, as they came to the conclusion that they would never become more complex, or achieve advanced civilization.

The Firstborn also planted a monolith on Europa to repel all man-made probes and to telepathically increase the rate, at which Europan lifeforms were achieving intelligence; similarly as it had done with Humans circa 6,000,000 BC.

The Europans regard the star Lucifer as their primary sun, referring to Sol as "The Cold Sun". Though their settlements are concentrated primarily in the hemisphere of Europa which is constantly bathed in Lucifer's rays, some Europans have begun in recent generations (20,001 AD) to explore the Farside; the hemisphere facing away from Lucifer, which is still covered in ice. There they may witness the spectacle of night, unknown on the other side of Europa, when theCold Sun sets.

The Europans who explore the Farside have been carefully observing the night sky and have begun to develop a mythology based on their observations. They correctly believe that Lucifer was not always there. They believe that the Cold Sun was its brother and was condemned to march around the sky for a crime. The Europans also see three other major bodies in the sky. One seems to be constantly engulfed in fire, and the other two have lights on them which are gradually spreading. These three bodies are the moons Io, Callisto, and Ganymede, the latter two of which are presently being colonized by Humans.