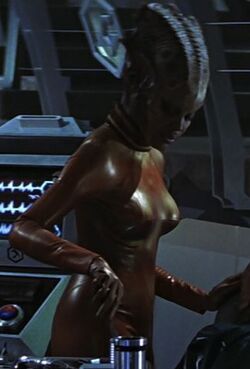 The Ellora are a sapient humanoid race who was conquered by the Son'a Command in the early 24th century, along with the Tarlac. Before that, they were described as a primitive culture. The two species subsequently became a labour class, making up servants and soldiers of the Son'a.

Retrieved from "https://aliens.fandom.com/wiki/Ellora?oldid=162276"
Community content is available under CC-BY-SA unless otherwise noted.