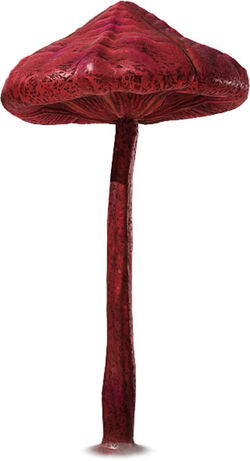 Electrophytes are a species of fungoid, sessile organisms indigenous to Darwin IV which share a more than passing resemblance to many species of mushrooms on the planet Earth. However, the similarities stop here. Electrophytes are predatory heterotrophs, and use what is assumed to be electroplaques throughout its body to send surges of electrical discharges outwards; it is with this that it stuns its prey, the Jetdarters (and maybe other creatures too). Once one has been incapacitated, the Electrophyte will proceed to begin consumption, while the poor prey item is still alive. Electrophytes might be considered the bane of a Jetdarter's existence, although they certainly are not its only predator.