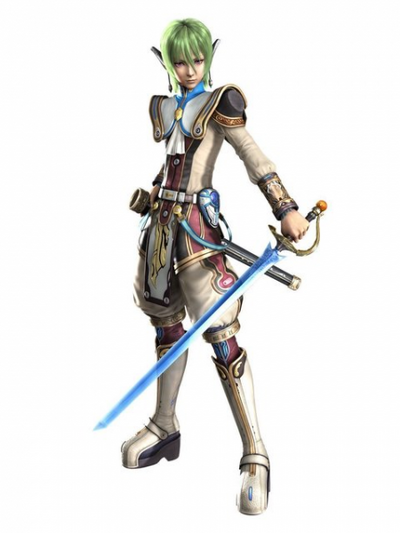 Eldarians are a species of intelligent beings based on the planet Eldar, fifth planet of the Eldar system, that has no appreciable differences, external or otherwise, from Earthlings. They live in a harsh environment under a sun that has grown to a giant, but their advanced technological skills allow them to overcome the elements and preserve life on their planet. The punishing conditions on Eldar make normal acclimation and evolution too slow to be effective, so life forms are born through DNA management and carefully raised under governmental care. The destruction of the planet itself looms on the horizon, and plans to transport its population to another habitable planet have been underway for years. In A.D. 2074, the Eldarians extended a hand of salvation out to Earth, granting its people vital technological know-how just as they were in danger of extinction.

The Eldarian military consists of twelve battalions, each composed of a set of platoons deignated A through Z. However, the 13th Independent operates on its own, conducting special missions under the governmental decree of Eldar's supreme commander. Their behind-the-scenes operations make them unique even among Eldar's own forces, and the heavy losses they often sustain have caused many an Eldarian to fear them as the "Death Squadron." The division is manned by the best that Eldar has to offer, and their work always puts them deep in the midst of danger.

A portable Eldarian device that translates in realtime between two people conversing in different languages. The device analyzes the speaker's brain waves and emotions as well as the words themselves, translating in sync with the speaker's enunciation and thus allowing communication with no time lag. The humans of Earth installed Eldar's language-analysis tools into their own communication and portable equipment soon after making contact with the Eldarians.

Retrieved from "https://aliens.fandom.com/wiki/Eldarian?oldid=172630"
Community content is available under CC-BY-SA unless otherwise noted.