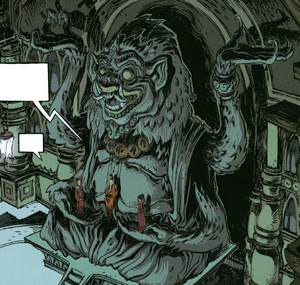 Durahä is also known as Flower-Breath. He a minor deity, holding the title the God of the Valley.

Durahä faithful are said to hardly extend beyond the population of two of three valleys in Darshan. However despite that, he is still a powerful god as his worshipers make up for in enthusiasm.

Retrieved from "https://aliens.fandom.com/wiki/Durah%C3%A4?oldid=137293"
Community content is available under CC-BY-SA unless otherwise noted.