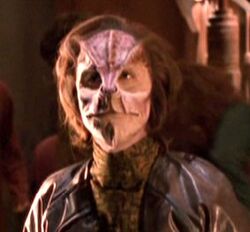 Star Trek
The Dralians are extraterrestrials of an unspecified evolutionary background who hail from the Delta Quadrant.

They seem to react negatively to spices such as Talaxian Wormroot, although this might have just been the reaction of the individual and not the species, as it was only seen manifesting in a single specimen. Talaxian Wormroot also seems to naturally give some organisms bad reactions, so the weaknesses to spice may have been entirely due to the spice itself and not a fluke in the sapients themselves.