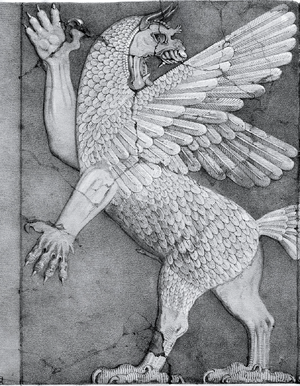 Zecharia Sitchin, an advocate of the ancient aliens hypothesis, ran with these early concepts to promote his Tiamat hypothesis which states that Nibiru (a name synonymous with MARDUK) collided catastrophically with a planet, Tiamat, once located between Mars and Jupiter. This collision supposedly formed the planet Earth, the asteroid belt, and the comets.[12][13][14]

Retrieved from "https://aliens.fandom.com/wiki/Demon?oldid=147256"
Community content is available under CC-BY-SA unless otherwise noted.