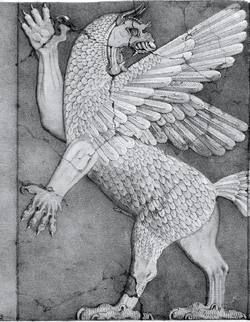 Zecharia Sitchin, an advocate of the ancient aliens hypothesis, ran with these early concepts to promote his Tiamat hypothesis which states that Nibiru collided catastrophically with a planet, Tiamat once located between Mars and Jupiter. This collision supposedly formed the planet Earth, the asteroid belt, and the comets.[12][13][14]