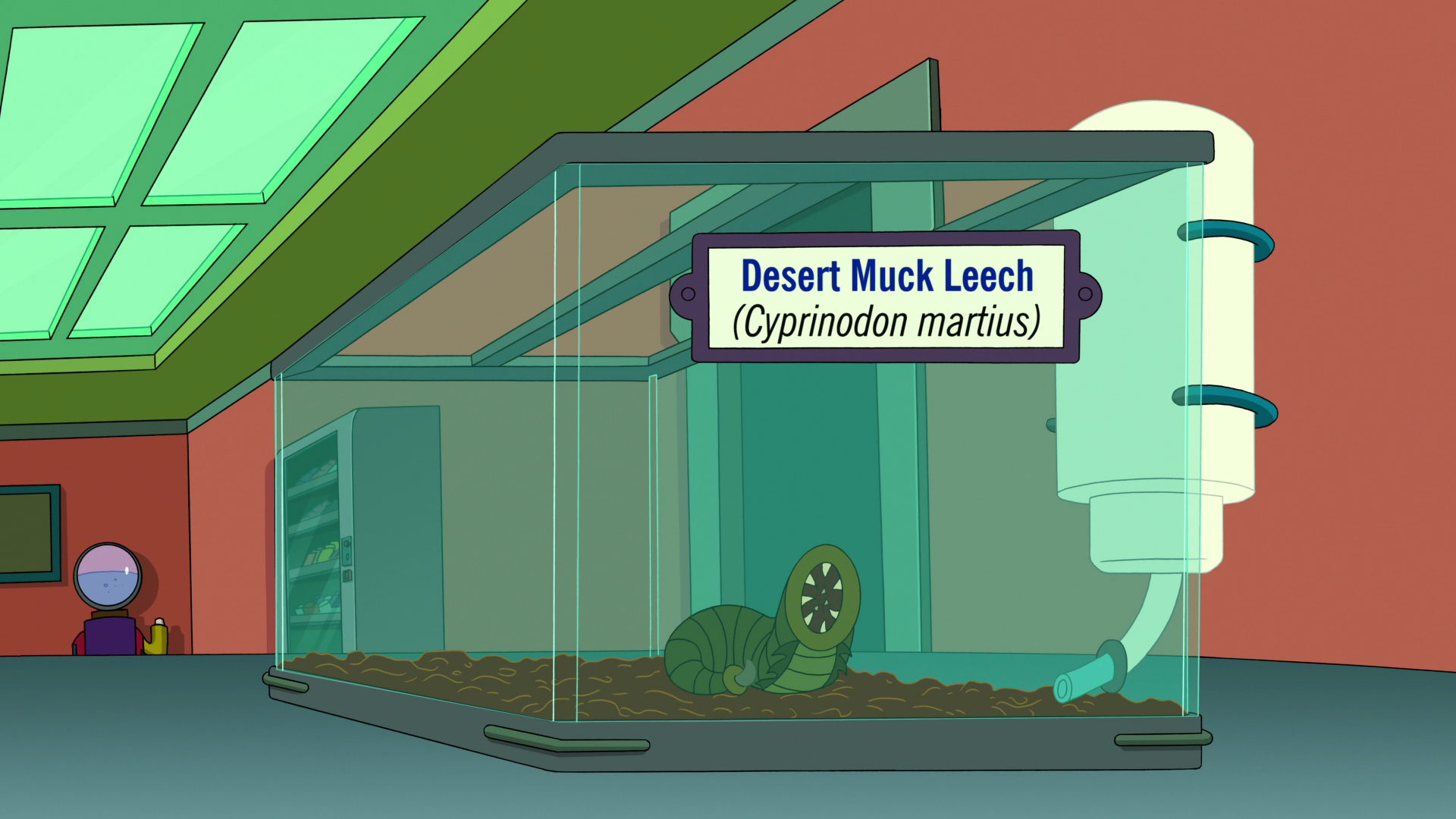 Futurama
The Dark Ones were a great race of evil beings evolved from either the snakes or the frogs, whom have roamed the universe with their simplest of missions to destroy all other lifeforms. In its prior years, it had evolved into the Desert Muck Leech, which dwelt on Mars in a small puddle. They also evolved to have the power to read minds.

In their competition are the Encyclopods, whom tried to save all the endangered species that the Dark Ones threaten by storing their DNA. For a long time, the Encyclopods had been extinct, and the Dark Ones were thought to have won, but when the Chi redeveloped, and spawned new life in the violet dwarf system, the Dark Ones met their end when they destroyed by the new Encyclopod.

The Dark Ones were quick to have been extinct when Leo Wong planned a large car park over their living quarters on Mars for the new Mars Vegas, but Turanga Leela saved one of them. Before meeting its end, it managed to kill Frida Waterfall and her brother, Hutch Waterfall.