Crows On a Cob

Crows On a Cob 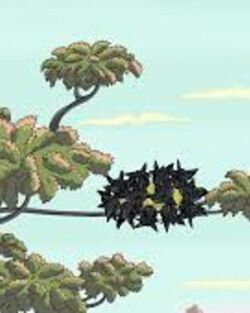 On a Cob Planet

The crows on a cob are a hive-minded species of crow native to "On a Cob Planet" (where, as the name implies, everything's on a cob), located in the Replacement Dimension.

They resemble normal Earth crows, expect they are attached to a cob. It is unknown if the cob develops inside the egg, or if the eggs are on their own cob, though considering the nature of their planet, it's more likely the latter of the two.