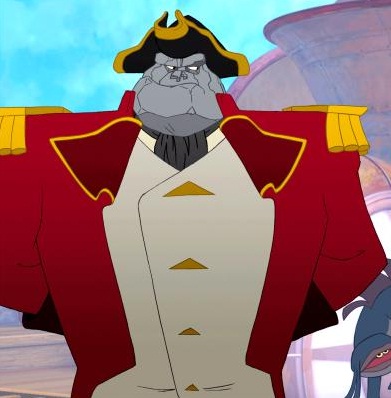 Cragorians are a sapient species of humanoids with rock-like skin.

Mr. Arrow was the first mate of the RLS Legacy under Captain Amelia, who he was extremely loyal to. During a black hole formation he fell overboard and had his safety line cut out by Scroop, who resented him for earlier disagreements. His death was mourned by Amelia mostly (as the crew were mutinous pirates set on killing him regardless), who had reason to believe that it was caused by Jim Hawkins' incompetence regarding the safety lines he had been put in charge of.

Retrieved from "https://aliens.fandom.com/wiki/Cragorian?oldid=187904"
Community content is available under CC-BY-SA unless otherwise noted.