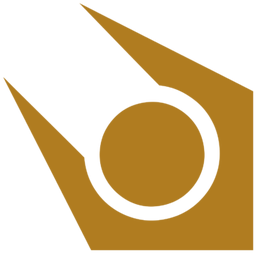 Half-Life
The Combine is a powerful trans-dimensional extraterrestrial empire and the main opposing force in the video game Half-life 2, created by Valve Corporation. Also referred to as the Universal Union or Our Benefactors, the Combine is a conglomeration of many different species that spans multiple universes.

The Combine forcibly invades new universes, drains planets of their resources, and assimilates the native lifeforms into the empire, bioengineering them to make them better suited for its purposes. The role of leadership and organisation of the Combine appears to be given to "Advisors", telekinetic, grub-like aliens that lack limbs or faces, relying on technological implants for vision and mobility.

The Combine took control of the planet Earth during the early 2000s, after the walls of the universe had been weakened by a Resonance Cascade inadvertently created by scientists at Black Mesa, a research facility in New Mexico, USA. The Cascade caused a dimensional breach that was used by the alien inhabitants of the borderworld Xen to invade Earth, in an attempt to flee the Combine. This attempt was unsuccessful due to the efforts of the theoretical physicist Gordon Freeman, who managed to enter Xen and kill the Xenian leader, the Nihilanth. Unfortunately, this weakened the walls between the dimensions still further, alerting the Combine of Earth's existence and allowing them to tunnel through into this universe.

Using teleportation technology, the Combine removed segments of many major cities around the planet, and installed Citadels in their place. The Citadels, metal structures many miles high, released huge numbers of the Combine's military forces, and the Earth's defences were overwhelmed in seven hours. Dr. Wallace Breen, former administrator of the Black Mesa Research Facility, contacted the Combine Advisors and gave Earth's surrender, with the promise that humanity would be a useful asset to the Combine Empire. Convinced for the moment, the Advisors gave Breen the title of Administrator of Earth, and allowed him limited agency over the Combine's occupation.

The Combine remained in control of the planet for around twenty years, slowly draining its oceans for use in other Combine occupations, and keeping its human citizens contained in large cities, preventing their reproduction with a suppression field. Much of the forces used to invade the planet returned from whence they came, leaving a skeleton garrison largely made up of synthetic lifeforms (synths) previously engineered by the Combine, autonomous mechanical devices, and human forces assimilated into the Combine since the invasion. The latter are organised into two groups: Civil Protection, a brutal police force populated by unaltered humans who joined the Combine to receive benefits such as better food, and the Transhuman Arm of the Combine Overwatch, humans who had been modfied into cyborgs, had all individual though and emotion removed, and serve as infantry for the Combine military.

During the events of Half-Life 2, Gordon Freeman returned to Earth after having been held in stasis by a mysterious entity colloquially known as the G-Man. Placed on a train entering City 17, the base of operations for Administrator Breen, Freeman quickly joined up with a human resistance network working against the Combine, and with the help of a colony of Antlions, managed to invade Nova Prospekt, a former prison, now a Combine facility specializing in modifying Overwatch soldiers and experimental teleportation technology.

Freeman destroyed the facility, which was taken as a symbol for Earth's citizens to revolt against the Combine. In the weeks that followed, City 17 became a warzone between Resistance fighters and the Combine military, both synth and transhuman. In the confusion, Freeman infiltrated City 17's Citadel, confronting Breen. Breen attempted to escape through the use of the Citadel's central teleport, but Freeman destabilized it, destroying the entire upper region of the Citadel and disabling all other Citadel teleports, along with all commications systems based on that technology, cutting off Combine forces stationed on Earth.

The Advisors then took direct control over all Combine units, evacuating themselves from the Citadel and ordering the remaining transhuman guards to set its main dark energy reactor to meltdown. The Citadel was destroyed, end the energy this created was used to create a "Super Portal", that, at full strength, would allow reinforcements to arrive from the Combine Overworld and reassert full control of the planet. However, using a Black Mesa satellite, a rocket at a Cold War missile silo, and contact codes stolen from the Citadel by Freeman, the Resistance managed to neutralize the Super Portal. In desperation, two Combine Advisors broke into the Resistance base, killing its leader Eli Vance before fleeing. 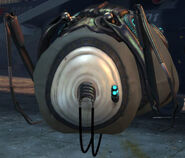 The combine 'metrocop' humans employed by the combine 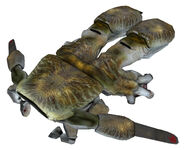 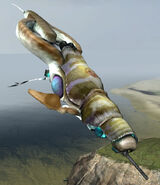 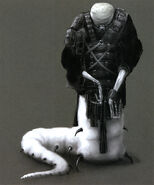 Combine Soldiers
Add a photo to this gallery

Retrieved from "https://aliens.fandom.com/wiki/Combine?oldid=185356"
Community content is available under CC-BY-SA unless otherwise noted.