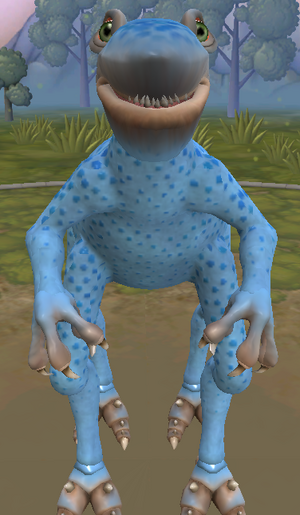 The Chompy is a large predator that can be encountered within the SPORE Universe.

Chompies, not to be confused with Chompers, are very large, four-legged creatures mainly described as quadrupedal sharks due to the structure of their heads resembling sharks. Their skin is tinted blue with darker blue spots along the body.

Retrieved from "https://aliens.fandom.com/wiki/Chompy?oldid=153697"
Community content is available under CC-BY-SA unless otherwise noted.