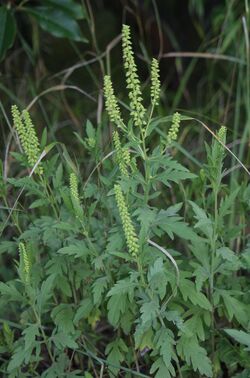 ALF
Carl Shrub was a floral organism native to planet Melmac. It had important medicinal properties. By eating them, Melmacians became immune to infectious disease. Since Melmac was destroyed, it's possible that the Carl Shrubs are now extinct. Fortunately, the Earth plant ragweed has proven to be similar in both appearance and medicinal effect. When ALF became severely ill from an Earth disease, the Tanners gave him ragweed and he made a full recovery.