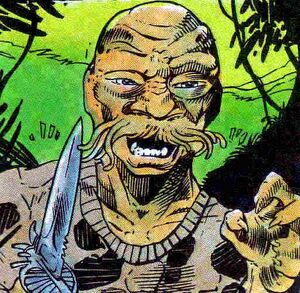 Alien Encounters
The Cancri are a race of people from the world of Zeta Cancri and are sometimes derogatively referred to as Zets by Humans.

The Cancri are known to live in a swamp-like environment. They need to coat Human food with meal worms, otherwise they will not be able to digest it. There is also a significant population of this species on Earth, and they went to war with Earth at some point for unknown reasons.

There is an old tradition amongst their people that after a war has ended two groups exchange surviving warriors to make up for each other's losses. The family who lost a son gets a replacement to ease their grief, and at least the other family knows their son is still alive.