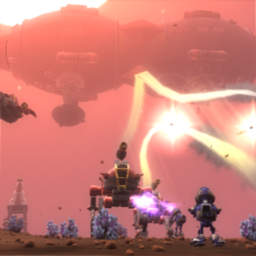 Maxis
The Braxoids are a warlike, avian alien race that is found within the SPORE Universe. An adventure within the game called Mothership Down focuses on the Braxoid as the main antagonists.

Braxoids are highly aggressive, and war-like in their nature. The adventure they're involved in showed them as ruthless and violent, shooting down another alien race as they were passing by their colony.

Retrieved from "https://aliens.fandom.com/wiki/Braxoid?oldid=180652"
Community content is available under CC-BY-SA unless otherwise noted.