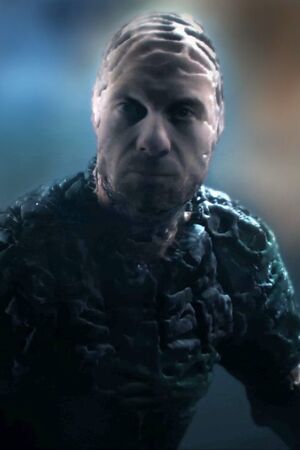 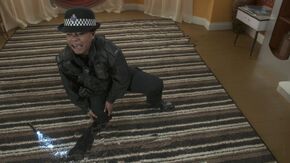 a 2 dimensional plane of existence

too complex for three dimensional beings to understand

Joe Thornley-Heard
The Boneless are a mysterious race of extra-dimensional beings that originated from a second dimensional plane of existence.

It is unknown how long the Boneless existed in the second dimension and how, but their most recent known activity was in Bristol, England 2014 where they began to study three-dimensional beings such as humans by flattening them into static two-dimensional images and dissecting them like lab frogs. It is unknown if the Boneless understood that their experiments were killing and harming the people they were studying, but nevertheless they continued these experiments for many days. What was left of the people they dissected appeared as graffiti from a third-dimensional perspective. As The Doctor and his companion Clara Oswald arrive in Bristol, they begin to notice that The TARDIS they used to get there was being leeched by the Boneless of it's dimensional energy, making them more active and powerful in their pursuit to study the third dimension. Making the TARDIS keep it's bigger-on-the-inside motif while the exterior of the ship shrunk, this ultimately led to The Doctor being trapped inside the TARDIS with Clara having to be the one to figure out what's going on. As time continued, the Boneless later managed to achieve third dimensional properties and used the human bodies of their victims to appear humanoid and bipedal since their true forms can only exist on a two-dimensional plane of existence. They also gained the ability to bring back three dimensions to something they've turned two-dimensional. Clara used the Boneless's new ability against them by tricking them to return three dimensions to the TARDIS and free the Doctor who sent the Boneless back to the second dimension and warned them that the third dimensional plane of existence is protected and that they are not welcomed here.

Out of all the aliens in the Doctor Who universe, the Boneless are among some of the most mysterious and aren't generally well known by the main characters of the show. Even The Doctor, a Time Lord who has extensive knowledge of the universe's species (including the Weeping Angels) doesn't know anything about them (at least until Bristol). And since Time Lords have an extensive understanding of relative dimensions and uses technology with dimensional properties (such as the TARDIS), it becomes apparent that the Boneless defied the laws of what people such as The Doctor previously knew about dimensions. Another aspect of the Boneless that adds to their mystery is that their language is untranslatable to any third dimensional being. Even the TARDIS, a machine designed with a telepathic universal translator, has a hard time deciphering the Boneless's way of communicating.

The Boneless have the ability to enter the second and third dimensions at will and can bring objects and other beings to and from the second dimension. They can drain technology with dimensional energy and use it to make travelling between dimensions much easier.

Retrieved from "https://aliens.fandom.com/wiki/Boneless?oldid=200243"
Community content is available under CC-BY-SA unless otherwise noted.