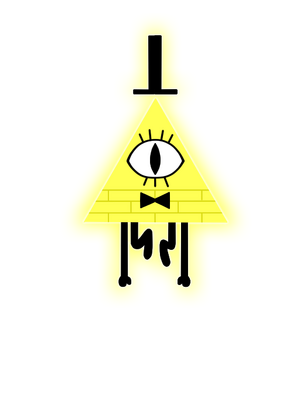 These dimensional beings were a rare that live within the 2nd Dimension, very little is known about them expect that they were nearly all wiped out by Bill Cipher, who "liberated" his home realm and force himself to kill anyone there too. It is unknown if they were all triangular shaped like Bill or could came in different shapes.

Retrieved from "https://aliens.fandom.com/wiki/Bill_Cipher%27s_species?oldid=163102"
Community content is available under CC-BY-SA unless otherwise noted.