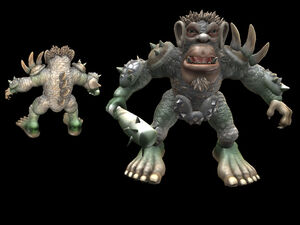 Big Foot was once a species that was going to be in the SPORE video game, but due to the new coding made its existence impossible.

Retrieved from "https://aliens.fandom.com/wiki/Big_Foot_(Spore)?oldid=145076"
Community content is available under CC-BY-SA unless otherwise noted.