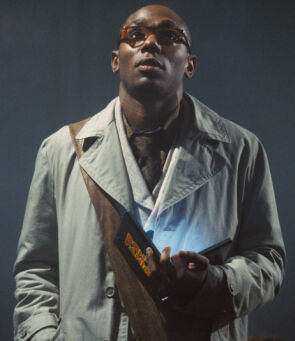 Seem to require the same environmental conditions as earthlings

Douglas Adams
Betelgeusians are a humanoid species native to the Betelgeuse planetary system, and known to inhabit at least two of the system's planets: Betelgeuse V and VII.

Betelgeusians have strange familial structures, including multiple mothers and some sort of relation known as semi-cousin. They are able to grow extra arms and heads, although this might be due to medical intervention, more than a natural ability.

Current galactic president Zaphod Beeblebrox belongs to this species, and so does his semi-cousin Ford Prefect.

Retrieved from "https://aliens.fandom.com/wiki/Betelgeusian?oldid=153205"
Community content is available under CC-BY-SA unless otherwise noted.