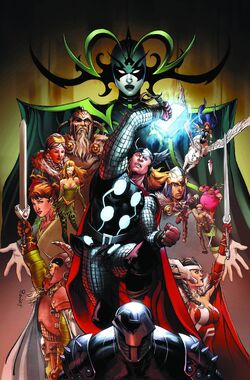 Marvel
The Asgardians are an extradimensional race who hail from a pocket dimension known as "Asgard", they were worshipped as gods by the ancient Scandinavians. Though with the rise of Christianity, they eventually fell out of favor.

They are physically indistinguishable from humans, the only notable difference being that they are more durable.

Retrieved from "https://aliens.fandom.com/wiki/Asgardian?oldid=202267"
Community content is available under CC-BY-SA unless otherwise noted.