Ben 10
Argit's Species is an unnamed porcupine-like species from an unknown planet in the Milky Way Galaxy.

This species can experience nausea in the presence of Toepick's Species. 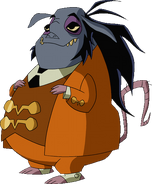 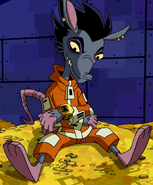 Retrieved from "https://aliens.fandom.com/wiki/Argit%27s_Species?oldid=192359"
Community content is available under CC-BY-SA unless otherwise noted.