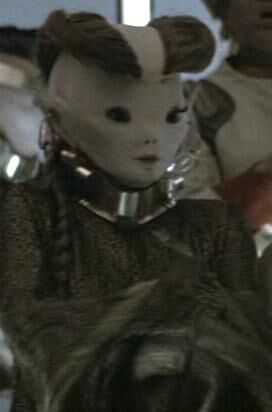 Star Trek
The Arcadians are a spacefaring humanoid alien species with pale skin and long pointed ears. They hail from Arcadia, the fifth planet of the Vellun Gamma system. As of 2286, their homeworld is a member of the United Federation of Planets.