Although they traditionally have blue fur and dark blue skin, Arachnichimps can come in other colors. For example, Arachnichimps from Dimension 23 have white fur and bluish-grey skin while Negative Spidermonkey has black fur and grey skin.

Arachnichimps can expel very sticky webbing as strong as steel from their tails, which they can use to trap other beings and blind opponents by shooting webbing at their faces. They can also shape their webbing into slings or use them to swing across vast distances.

Arachnichimps are strong enough to wield a lamp post like a baseball, carry a Queen Gourmand over their backs, and carry Humans while web-slinging without any difficulty.[3]

An Arachnichimp's paws can stick to and be used to scale vertical surfaces, including ordinary walls and their own webs.

Arachnichimps possess enhanced dexterity and have both prehensile feet and tails, which they can use as extra hands to carry objects.

Arachnichimps are quite durable for their size, being able to survive having several large pieces of concrete fell on them and being knocked into a large pile of garbage.

Arachnichimps have hearing superior to a Human's, being able to hear a conversation from several feet away.

Arachnichimps can accidentally get tangled by their own webs. Furthermore, enemies can easily use their webs to their advantage.

An Arachnichimp's webs can either be frozen and made brittle by the ice breath of a Polar Manzardill, or melted by the energy generated by a Crystalsapien.

An Arachnichimp's webs can be torn apart by a species with equal or greater strength than a Cerebrocrustacean.

Arachnichimps can be affected by magic, as there is a spell that can stun them.

Due to their size, Arachnichimps are vulnerable to being blown away by a Geochelone Aerio's tornadoes.

There is a limit to an Arachnichimp's durability, as they can be disoriented by objects that hit them on the head. They can also be incapacitated by quills fired by Argit's Species.

Getting up on their feet too quickly can leave Arachnichimps lightheaded, indicating a limit to their agility.

Unless they maintain their health as they age, an Arachnichimp's stamina will put them at a disadvantage. In turn, this will make them vulnerable to muscle cramps.

Arachnichimps seem to have a monarchy type of society. 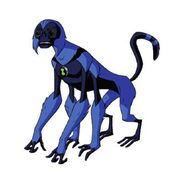 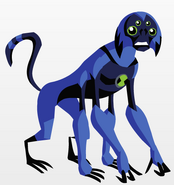 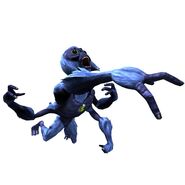 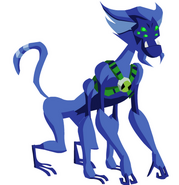 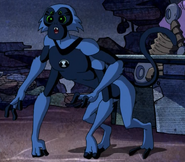 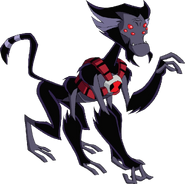 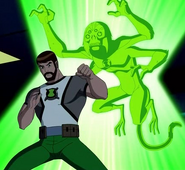 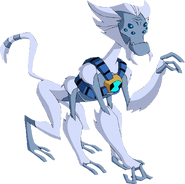 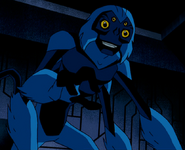 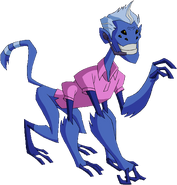