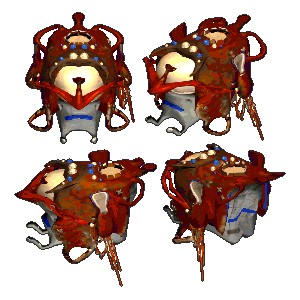 Aquanna were huge, floating organisms indigenous to Naboo that utilized air-filled, blimp-like bodies. Due to a set of cephalic lobes they possessed an artificial resemblance to Rays and Skates. The Gungans tamed this species to a certain extent and would mount heavy weaponry upon them in times of conflict, making them equivalent to aerial cruisers.

Retrieved from "https://aliens.fandom.com/wiki/Aquanna?oldid=166120"
Community content is available under CC-BY-SA unless otherwise noted.