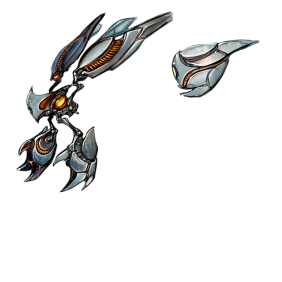 "The Aqua Drone is a security mechanoid that's adapted for use in underwater areas. The Space Pirates have adapted a number of Security Drones for use in the liquid environments. These Aqua Drones utilize an arsenal and artificial intelligence suit similar to their cousins. The Pirates have been unable to properly shield these drones from electrical attack, making them vulnerable to the Wave Beam."
―Logbook Entry

Aqua Drones are Sentry Drones that have been designed for underwater use. They are similar to their Sentry Drone cousins in terms of A.I. and arsenal. The Space Pirates were unable to shield them from electrical attacks. They can be found in the wrecked Frigate Orpheon, Biohazard Containment.