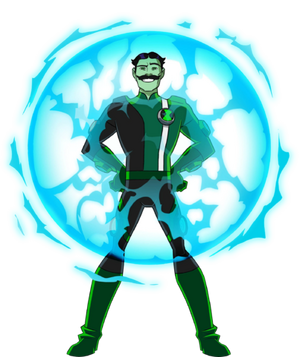 Antigravitesla's Species is an unnamed race of alien humanoids capable of manipulating gravity.

Members of this species resemble Humans with minty green skin, black hair, and blue energy orbs protruding from their limbs.

Members of this species can easily lose control of their powers and uncontrollably launch themselves upwards as a result.

Retrieved from "https://aliens.fandom.com/wiki/Antigravitesla%27s_Species?oldid=184816"
Community content is available under CC-BY-SA unless otherwise noted.