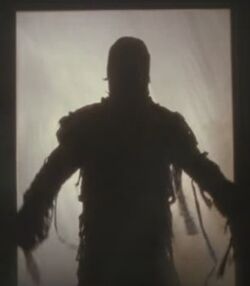 Jack Olson
Ankh-Venharis is the name the ancient Egyptians gave to a Grey-like humanoid alien who visited planet Earth circa three thousand years ago. It possesses superhuman strength and telekinesis.

The alien was found in a sarcophagus inside the tomb of King Tutankhamen, with the inscription indicating that he was a noble foreigner. Its body was wrapped in bandages, similar to a typical Egyptian mummy. It was subsequently brought to California and woke up after being exposed to X-rays during scientific analysis.

The analysis also reveals that the mummy still had all its internal organs, which is weird as the standard mummification practices involve removing them. As it turns out, the alien was not actually mummified, but had been dormant for three thousand years in a state of suspended animation. After waking up it tries to recover its five crystals, which have been stolen by a university student named Peter Sharpe, who sells four of them to his colleagues. These crystals actually form part of a transporting device which the alien needs in order to return to his home world.

As the alien roams through the campus killing numerous people while searching for its crystals, it's also revealed that a type of alien green mold which had been dormant in its mummy wrappings is now growing at an extraordinary rate as a result of the X-rays exposure, and produces an acid strong enough to dissolve human flesh at mere contact. 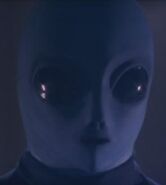 The real face of Ankh-Venharis

The alien's hand
Add a photo to this gallery

Retrieved from "https://aliens.fandom.com/wiki/Ankh-Venharis?oldid=162929"
Community content is available under CC-BY-SA unless otherwise noted.