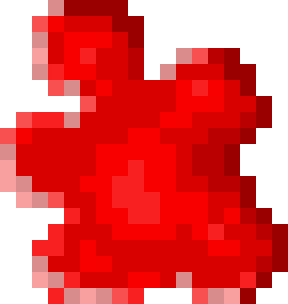 Mindless yet aggressive to what it contacts with

Amorphous Trandiculas are a species of extremely dangerous, non-sapient blobforms found throughout the universe, possibly indicating that they were placed on numerous worlds by the Precursors. Although they do not possess any sort of awareness of their surroundings and will simply wander about aimlessly, they move at a moderate speed and can overtake a landing vessel if its crew are not paying it any heed.