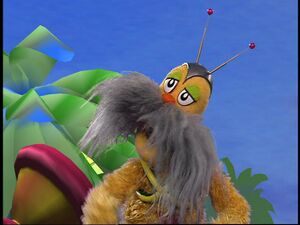 The Wubbulous World of Dr. Seuss
Alvin's Species is a sapient alien race from planet Malamaroo. Despite being friendly, at least some members of this species seem to have a habit of leaving things unfinished.

Retrieved from "https://aliens.fandom.com/wiki/Alvin%27s_Species?oldid=179704"
Community content is available under CC-BY-SA unless otherwise noted.