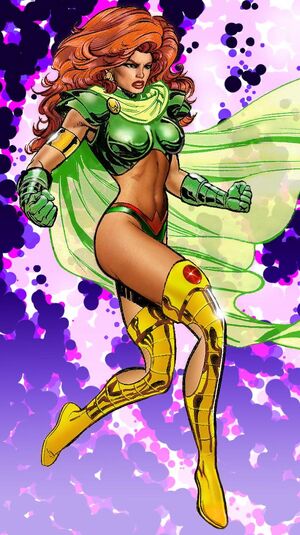 DC
Almeracians are a near-Human species from the planet Almerac. Maxima is the queen of the Almeracians. Almeracian females are known for their feminist culture and politics. They are also known for requesting Kryptonian men as mates.

Almeracians are physically indistinguishable from Humans and Kryptonians.

Almeracians possess powers not unlike those of Kryptonians and Green Martians.