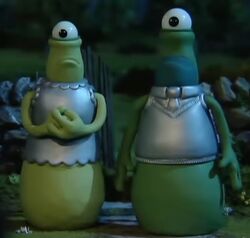 They have smooth hairless green skin, tridactyl hands and no legs, and move around by hopping. Their mouths contain a red human-like tongue and no teeth.