Alien Species
Register
Don't have an account?
Sign In
Advertisement
in: Species that Metamorphosize, Parasitic Species, Insectoid Species,
and 5 more 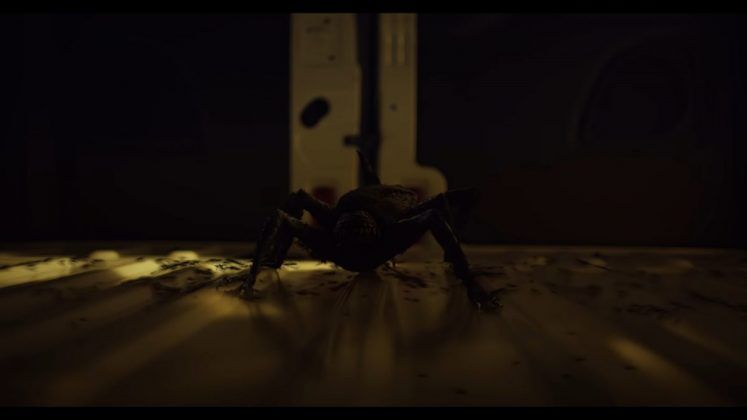 Assimilate
These Aliens are a species of insect-like, parasitic creatures.

Throughout its life cycle, the aliens take on differentiating physical forms vaguely similar to metamorphosis in most earth insects:

The first, presumed "infant stage" is a weightless spore-like state impossible to see with the naked eye. They are light enough to be carried on by the wind until they land in a suitable habitat with organic material.

The secondary stage is a very small insect-like creatures smaller than a grain of rice. In this state they are highly sociable and move in large swarms of thousands at once, possibly a main method of survival given their small size. They are harmless in this state, but are observed to be highly invasive and quickly capable of infesting a settlement in a short amount of time.

The third "adult form" is actually combined by the numerous juvenile creatures forming together on a cellular level. The aliens themselves are insectoid in appearance, only vaguely resembling insects found on Earth: six insect-like legs with a hard exoskeleton covering the body. The adult form is vaguely the size of a squirrel or large rat.

The aliens seemingly have a highly developed hive-mind structure, almost never found alone with the sole exception of the adult stage of the aliens' life cycle. When it the adult stage, it will seek out a nearby organism and bite it before retreating to a safer distance.

While the bite itself isn't deadly, this allows the alien to gather DNA from its victims and able to recreate into a copy of the creature it has bitten. This form takes on the exact same physical shape of its victim, and upon this it will seek out the organism and try its power to destroy it, ultimately replacing the lifeform. While behaving much like the normal victims (albeit less emotionally in most cases), they still retain their hive-mind mentality. If one clone finds a non-clone or is in danger, it will shriek out and call in other clones to aid it.