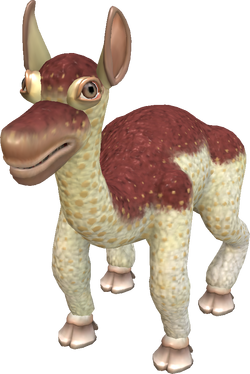 SPORE
Al Packa are deadly, carnivorous alpaca found spread across the galaxy. While their homeworld is no longer known, it is possible that they evolved from actual alpacas from Earth before the demise of mankind. Their bite is considered horrifically powerful and they can also charge and stun a foe before taking it down.

Retrieved from "https://aliens.fandom.com/wiki/Al_Packa?oldid=180634"
Community content is available under CC-BY-SA unless otherwise noted.