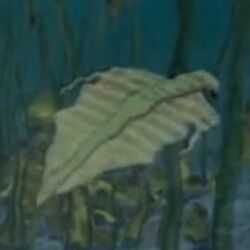 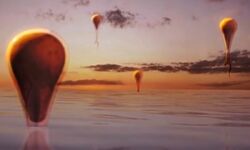 Achoms are alien creatures native to the tidally-locked planet Aranel, which orbits a red dwarf star.

They are amphibious insectoids that undergo metamorphosis, starting out as an aquatic eel-like form with two fins on either side. They later get into a cocoon which, by taking the hydrogen from the water, becomes a balloon-like structure that floats out of the water and into Aranel's twilight zone. Finally, upon landing, they become burrowing creatures with ant-like heads, long crusty tails and multiple legs that are constantly preyed upon by Pinapods.

Retrieved from "https://aliens.fandom.com/wiki/Achom?oldid=149364"
Community content is available under CC-BY-SA unless otherwise noted.