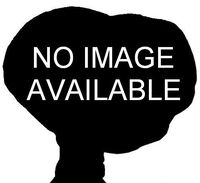 Alan Dean Foster
The AAnn are a sapient reptilian species, masters of the interstellar AAnn Empire, and the major enemies of the Humanx Commonwealth. Their home planet is a desert world called Blasusarr.

AAnn are large, carnivorous bipeds. Despite their lizard-like appearance, they are warm-blooded, but feel more comfortable on hot arid climates and have an affinity for burying themselves in sand. They have shiny scales, long snouts, slit-shaped pupils, large feet and a tail. Their eyes are protected by nictitating membranes.

Their biochemistry is similar enough to Earth creatures to allow the AAnn to view Humans not only as potential food, but as an actual delicacy.

AAnn are an imperialistic, nationalistic xenophobic species which believe that the conquest of the galaxy is their rightful destiny. Successful military campaigns and other deeds that benefit the emperor are rewarded by an increase in social status for the individual and their bloodline.

AAnn ethics are purely pragmatic: any strategy that results in advantage over an opponent is, by definition, ethical to them. They regard personal combat as an art form.

Retrieved from "https://aliens.fandom.com/wiki/AAnn?oldid=202209"
Community content is available under CC-BY-SA unless otherwise noted.